Last night, my mobile decided to upgrade itself.  Both Android and HTC Sense got “upgraded”.  It’s now:

It’s now got very pretty icons and even more scary fog sounds on the weather app.!!

It’s a bit slicker and has a ring-pull on the start screen!

Most of the icons and text (like SMS, say) have had a spruce up and are neater.

It forced a swathe of updates from other apps like Google Maps, Adobe Reader, Flash etc.

But wait!  What happened to navigation in the HTC Locations app? 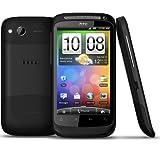 Granted, the app is slicker and uses the same Route 66 software, but now I have to pay a minimum of six quid a month to use the very useful “Get Directions” facility which is one of the reasons that I bought the phone for in the first place!!!

And if I do pay, it only works for car, not for pedestrian mapping as it used to!

The point is that it’s my software.

HTC are crooks.  Bizarrely, the late Steve Jobs is right.