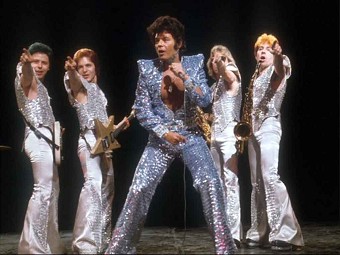 Now wait, recent events around Gadd-Glitter remind me of happenings a long time ago in Ancient Egypt….

Most folk have heard of King Tutankhamun, the boy-king with the gold death mask.

Not so many know that his (probable) dad was called Akhenaten whose wife was the famous Nefertiti.  Before his reign, Egypt had a religion with many gods to worship;  most people know the types: sun, moon, cats, hawks – you name it.

During his reign, Akhenaten decided that there should be one god (like, but very much pre-dating the later Jews, Christians and Muslims).  But by an amazing trickery of words, (sorry, a fine act of political skill ), he decided that this one god was embodied on Earth – by – yes, you’ve guessed it – himself!  This left loads of priests jobless and altered the whole power structure of the civilisation.

When he died, his successor, Tutankhamen didn’t last long – in fact he was probably bumped off.  You only have to look at all the unemployed and de-statused priests to look for clues…. 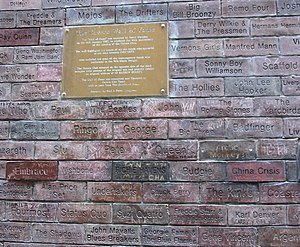 My point is that after his death, all traces of Akhenaten and his “religion” were deliberately erased from history!  His statues were smashed, his city in the desert destroyed, all mention of his name on temples, carvings, bas-reliefs and papyri was chiselled or hammered off!

And a similar thing is now happening to Mr Gadd.

There may be more – I couldn’t be bothered to hunt any more down.  But what it means is this:

Watch out for the thought police.

They’ll be round your house to smash your old K-Tel Records before you know it.

As an aside, but in a similar vein, “Rumble” by Link Wray, was banned over much of America because it “Glorified Juvenile Delinquency”……….And another der!….It’s got NO words.  It’s an instrumental.  Nuff said!