The Tale of Two Conmen Barristers

Tea-leaf Ian Clegg here, did the amazing thing here of charging people money to represent them in court.  He did this over a 6-month period and apparently made hundreds of pounds!

In one case for a client,  he wrote a threatening letter to a debtor!  Gosh.

He’s now been locked up for 2 years.

His crime wasn’t the money-making.  Far from it.  No his crime was that he broke the (new, since 2006) law of impersonating a barrister!

He also broke his previous bail conditions for credit card fraud and stuff, which is fair enough.  (Weirdly, if he’d have represented the people as himself, he would have been okay, dependant on the type of court cases he did).

But his real crime, as we know, was that he made the lawyers look stupid.

I can only hope that the similar level of relative penalty is applied to Slytherin Jim Beresford. 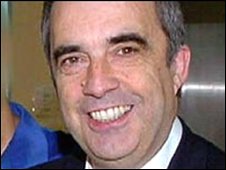 Jovial Jim did the amazing thing of charging people money to represent them in court. (He also charged the government).  He did this over several years and made millions of pounds!

In several cases for clients he wrote threatening letters! Gosh.

He’s now been kicked off the bar.

Apparently, so far, it looks like there’s no crime apart from the long-standing ones of failing his “Duty of Care” and that of being an honourable and decent human being.  (He thinks he’s an entre-preneur).

But his real crime, as we know, is that he’s a greedy twat.

So there we have it – Walter Mitty versus King Midas.  We know King Midas is crap, but no news on whether Walter Mitty actually won money for his clients – and so cheaply too!

People from St Hilda’s Church said they don’t know who to trust anymore.  Well the answer is neither of them, but if you go with Cleggy you don’t come off so badly…