Two Films in a Great Story you Must See Before you Die. 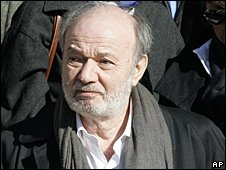 Today, Claude Berri died.  A common Frenchman who directed a duo of extraordinary films about common people, their loves, jealousies, humour, insecurities and real needs in a harsh land.

The beautifully told plot unfolds to it’s dramatic realisation of a climax when all along, the real problem has been a lack of communication, initially in a pointless war and laterly because of circumstance and proprietry.  At the root of the human conflict, was the possession of water and water rights in a harsh land with none to spare.

This is my parallel to the current Gaza/Palestinian/Israelite problem.  Fundemantally, there is not enough water and what there is, is unequally shared.

Apparently, Gaza is situated where once the land was called Philistine.  We know, from the history recorded in the biblical texts that the Philistines were looked down upon by the Israelites.

Watch the two films, then realise it’s time to move on.

Today the world lost a great storyteller.  He left these two great films that are not well known.  Typically French, they build up.  Everyone that I know and has been prompted by me to watch them is staggered by the poignant humanity and how much we all depend on small changes in events.  If they didn’t cry, they didn’t watch, that’s all I say.

This bit is the killer moment when Papet (Yves Montand) realises the whole shebang; how he lost his love, how his petty jealousies compounded the mistakes, how the hunchback (Gérard Depardieu) he despised and ultimately killed was his son and thus how the wild and weird Manon (Emmanuelle Béart) is his grand-daughter.  He also realises with a small shift in his will and the winds of fate, it could have all been so very different.  It’s just such a superb scene.

Next, a notionally humorous point when the plot to steal the water is hatched.

And finally, Manon’s finger points in accusation.  “Il y’en a deux”  she says.

The killer acting for the whole thing for me is Daniel Auteuil.  With little makeup, he is Ugolin Soubeyran, make no mistake.  That’s one believable bit of acting.