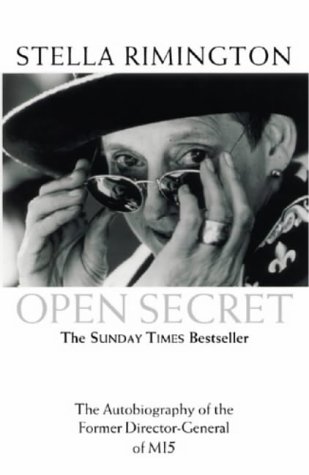 The appalling erosions of our freedoms instigated by our government under the discredited George Bush’s ‘war on terror’ banner are under attack from another robust source.

Far from condoning the actions like the US Patriot Act, the UK’s attempts to lock people up without trial for 42 days, house arrests, piss-poor ID Cards etc, she said in the Spanish newspaper La Vanguardia, that;

So, to repeat (again!) the words of Sir Ken Macdonald, former DPP;

“The tendency of the state to seek ever more powers of surveillance over its citizens may be driven by protective zeal. But the notion of total security is a paranoid fantasy which would destroy everything that makes living worthwhile. We must avoid surrendering our freedom as autonomous human beings to such an ugly future. We should make judgments that are compatible with our status as free people.”

Dame Rimington said way back in 2005 about the plans for ID Cards, in particular;

“No-one in the intelligence services will be pressing for the introduction of identity cards.
I don’t think they are necessarily going to make us any safer,and they would be ‘absolutely useless’ if they could be forged as easily as other identity documents” she said.

And yet wacky backy Jacqui the Home secretary, and all of the government, are prepared to push on regardless, no matter how many of their own citizens they upset and no matter what number of new terrorist ‘martyrs’ the system breeds.

Two quotes from Eisenhower, General in charge of the liberation of Europe from the forces of darkness, may add extra credence to the above: