Thus spake Philip Chawner, 53, in the Daily Mail inspired newspaper and TV witch-hunt which kicked off in ‘Closer’ magazine.  The ensuing rants from outraged people are predictable but it all just looks like a bit of entrepreneurship from the Chawner family to me.

In line with Goody’s expletives and the minutiae of her probably imminent death, this is just another example.  Previously they’d tried to get a daughter onto one of the odious Simon Cowell’s shows last year.

Unbelievably, Cowell’s comments were spot on – “If you’ve come in here to give me a hard time, you’ve got to look at yourselves”, he said when confronted by the irate mum and dad.  “You are the reason why this girl is going to be disappointed.  I have to blame you guys, for encouraging her to believe that she’s going to do well in something, and she’s not!  You’ve given her false hope.  She can’t sing.”

So that effort failed and this latest ‘outrage’ on top of the one where they got chucked out of their house, is just another.  Is it mind-blowing badness – I think not.

It costs the taxpayer 22k pa to keep them ticking over.  That’s about 5.5k each.  In a separate taxpayer-funded extravaganza, we find that Mandelson’s flower bill is actually 24k pa, and well below the payment for failure of Fred Goodwin which is 703k pa! 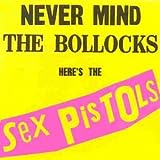 In this context, the Chawner’s should feel ‘hard done by’, but so should everyone else in the country.  And the Chawners, while being too fat to work, are not too fat to improvise, nor too fat to fuck.  But they should do a few sums before getting everyone’s ire up though.  Fifty quid a week on food comes to £2.5k pa.  This leaves £20k unaccounted for.  It can’t all be housing costs…  I smell a porkie pie about to be swallowed.

Personally, I think the fat foursome have sat around for a few weeks dreaming up wacky things to say that’ll get them in the papers.  After all, as well as fat, time is something that they have in abundance.

Their phrase which so tickled me in the title, reminds me of a SEx Pistols track from Spunk called “I’m a Lazy Sod”.  I’m so lazy I can’t even make my own bed….