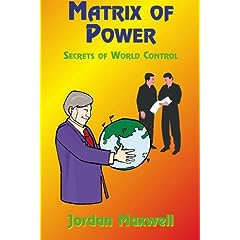 Not content with charging us for our ‘freedom’ to have ID Cards and CCTV on every corner, not content from stopping us take photographs in public, our UK Government in the shape of Home Secretary wacky baccy Jacqui Smith now wants everyone to spy on everyone else ‘in case they’re a terrorist’!

Apparently, 60,000 (non-governmental) people are already ‘trained’ to deal with terrorist incidents and how to spot one…

The last time something like this happened (communism, cronyism, secret police, informers) was just before WW2 and it took until 1989 until the iron curtain collapsed.

During those years we saw;

Now tell me if these four points haven’t happened here?  We have, in order;

In this last one, McNulty has two homes only 8 miles apart and both in the Greater London area.  He says he needs them even though London has fantastic transport links.  Basically he’s getting us all to pay for a second London (high property prices!) home which is actually just round the corner to his other one.

The scummy corruptive inadequacies of this government, and the opposition it must be said, are that none of them, McNulty, Jacqui Smith, Derek Conway,and all the pseudo-nanny-keeping lot of them – none of them ever seem to think there’s anything wrong with any of it! In fact, they all collectively strived to keep their expenses, paid by you and me, from public scrutiny last January.

I’ve no doubt at all that like all corrupt, secretive, authoritarian regimes of the past they’ll try and get everything hidden again.  Just like the Stasi.  Last night a show on TV revealed the excesses of communist history in Czechoslovakia.  It’s Bulgaria next week.  Another chance to compare and contrast to the world we have here in the UK.  This is the schedule – it’s on BBC2!  https://www.bbc.co.uk/programmes/b00jcgzt/episodes/2009 .  Try and watch.  A world where everyone is frightened to speak up in case they lose their livelihood and where the people in work do the absolute minimum, jealously plotting a route to join the elite.

It’s not for me.  I’m out of this world where taxpayers subsidise corrupt banker’s pensions and WW2 veteran’s last  expenses are paid for with a lottery!