At Last – some Proper Reporting from the BBC 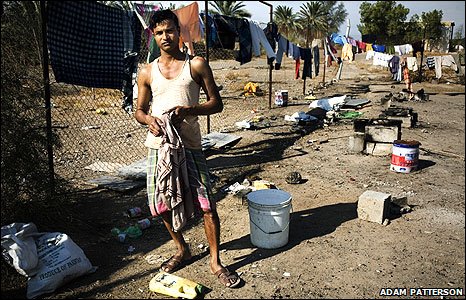 I actually thought that no-one did it any more – investigative journalism, that is!  Tonight’s show, Panorama: Slumdogs and Millionaires is on BBC One, Monday 6 April at 2030 BST and promises to reveal the hell that a combination of Arab religious kleptomancy and the sheer greed of (mainly British) companies brings to the construction and other workers who’ve made this faux paradise in the sand.