Comments are now closed on this posting as Google Treasure Chest is dead.
However, the problem has not gone away – the menace continues.

For further information, all chat on this and subsequent scams is now here:
Google Revolution, Different Name, Same Scam!
and here:
More on Google Profits and Pacific Webworks/ 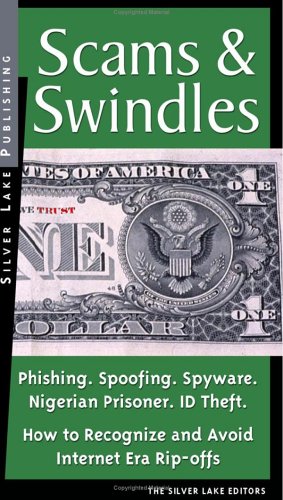 This is a follow-up to help the poor folks suckered in by Google Treasure Chest etc as detailed here and here.  Hopefully, it shows how things move in this murky world and how really, it’s all connected!

From reading the various links I provided at google-treasure-chest-its-a-scam-and-a-half , I found that some ‘commenters’ were recommending a site called ‘Google Cash’ as being somewhat more trustworthy.  It was supposed to have a better service and openness.

Of course, since in most of the forums absolutely no-one uses their real name, how can you tell that a supposedly ‘good’ comment about a thing, is actually good, and not just one of the spammers making a plug?

Answer:  You can’t, not without some digging and inferential thought.

Anyway, some of the guys behind all this have been reading all the negative stuff about themselves and actually taken some if it on board!

Take this site, http://web.archive.org/web/20090803130316/https://www.google-kit.com:80/?, which un-nervingly pops up a depressingly familiar cheery face, with a sad introductory life story, a new car and a happy, smiley family.  In this case, he’s called ‘Jason Williams’ and the site is titled ‘Jason’s Road to Riches‘ …

[image gone now, Sep 2009]I decided to chop out some text, as before, whack it into Google and see what pops out…..  Wahay!  Currently there’s only one site with the search string as here:   “I ended up getting in touch with an old friend of mine from college named Sean who had been running his own work from home business for a few years“.  It’s called , titled ‘David’s Cash Blog‘  [n.b. both sites now defunct, Sep 2009]

The only real difference between the two sites (I haven’t back-linked for SEO reasons), is that the first has listened to some of the adverse comment in the forums…  Here’s how.

For your interest, this is the current spiel with the new address (that part, the address changes, hasn’t changed, if you see what I mean!).  Read it very, very carefully if you intend to go for this rubbish.

GOOGLE™ is a trademark of Google Inc. GOOGLE™ does not endorse or sponsor this site and is no way affiliated with this site. * By submitting this form I authorize Google ATM (DRI*GoogleATM) to immediately charge my credit card $1.95 USD for the setup of the Google ATM Home Business Kit. I hereby request that Google ATM (DRI*GoogleATM) activate my account and authorize them to advance funds as indicated. Monthly Service fees will commence seven days from the date of this purchase, and will be billed monthly thereafter. After the seven day trial you will be billed Sixty nine dollars and ninety cents USD monthly for the continued access to the Google Money Making System. No refunds will be given for failure to use the requested and provided services. We reserve the right to transfer your billing to a third party Merchant of Record. This authority will remain in effect until revoked by me. You may cancel at anytime by writing to 4240 West Flamingo Rd. Suite #201, Las Vegas, NV 89103 or calling 1-800-497-4988 (International customers please call 1-866-321-2728). I agree that Google ATM (DRI*GoogleATM) shall be fully protected in honoring any electronic transfer or collection. Google ATM shall not be responsible for refunding any Account Set-Up fees. By submitting this information I am agreeing to the terms stated herein. Google ATM (DRI*GoogleATM) will not send notification, postal or electronic, when a billing occurs.

But it shows that they are listening;  making all the changes necessary to stay ahead.

Both sites now have links to something called http://chrisc.com/about/, a business that’s claimed to be reputable by many people in the forums.  I’ve got a funny feeling about this one because of the long standing of the company and the various people who’ve published proper books on the subject.  It’s very easy to lump all these similar sounding names into one heap of turd.

My supposition is that the googlecash.com link is being inserted to add an air of credibility to the various scammy sites.  Unfortunately, it doesn’t help googlecash.com’s cause when their site looks like a soap powder advert and the scammers’  look smooth and professional….  What is one to think!

And what about the links to the articles for sale.  What are they like?

A.  Jason is flogging three links:

Both securecartcenter.com and eznetincome.com I mentioned disparagingly in an earlier posting!  Nuff said.

This is the third link for both sites.  You’ll notice that ‘Grants’ figure several times in the list of images and folders served in my description here: drill-down-through-bsadnpanthersslcom.  It’s all part of the same sorry team.  However, I must have caught them off-guard as the links didn’t actually work!  Ha Ha.

Funnily enough, on Jason’s site, no commenter seemed to notice that!

The scammers are using familiar tactics and methods but are tweaking continuously to stay ahead of the game.