This news from late yesterday, is the story of a Nordic vandal of an Easter Island statue. He lopped an ear off one of the famous statues and has been fined $17,000. The BBC say the statues are up to 1000 years old.

Whether the statues have any intrinsic value is debatable as the value of something is only what someone is prepared to do or pay to aquire it. The real value in the statues is that they represent our whole world and the human condition rolled up into one nice little island sized package and they stand as a stark warning for our current and future behaviour.

Here’s a quick potted history that most people agree on…

So how does this stand as a parable? 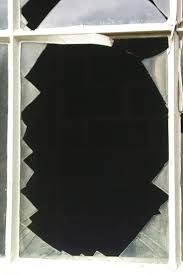 We live on a round world that’s actually not very big. Everything we need is here. Heat, water, food, mates. Despite what the science fiction writers and now people like Stephen Hawking are saying, our best hope for survival of our species is not to go somewhere else when we’ve used up the Earth’s resources. What use is the Moon or Mars or Venus – they’re fucking horrible places where you need protective clothing at all times. Here, I can go outside any time I like without a thought. Even if a decent (Arizona or Ries) sized meteor hits the Earth, the atmosphere will remain and if I survive the impact I’ll be okay. Not so on the Moon or Mars or Venus. There is no innate protection afforded by those bodies. If I break a window on my house, I fix it later that day usually. If the same happens to my (supposed) house on any other known astronomical body or little spacecraft in which I’m travelling – then I die, horribly.

Also, if we cannot live within the energy bounds of our world, then the obvious and logical outcome of human expansion and our continuing behaviour is to gobble up the universe like a plague of locusts, then suddenly, there will be no more energy and there will be a universe-wide collapse, just like Easter Island. Is this possible? Of course it is, eventually. Famous mathematicians and writers have explored the possibilities – I’m thinking of the Dyson Sphere and Larry Niven’s “Ringworld” here.

If we never manage to leave the bounds of Earth en-masse, then the Easter Island scenario will happen that much sooner for us.

If our hope is for the continuing survival of the human species, then we have to stop treating the world as a bottomless pit of resource. It’s not. If I dig down far enough I’ll pop out in New Zealand, getting a bit warm in the process. 😉

As a start we must immediately try to live within the energy budget provided by the sun, which is almost guaranteed to last a very, very long time indeed until it runs out. Actually, fairly shared out across the world, the sun’s energy is plenty for everyone, currently. The technological challenge is to convert this energy into the various forms suitable to drive machinery and transport, to provide heat and light for our homes and to manufacture chemical feed stocks for our physical and agricultural needs. The political challenge is to freely transport the energy and ideas across the globe for the benefit of all mankind.

But ’twas ever thus, wasn’t it.

And if we don’t change, we will be that man in the Easter Island cave, burning his last book to keep warm.