Today’s news that actor Stephen Fry, famous for his uptake of all new gadgets and one-man publicist for Twitter, is “thinking about giving up on Twitter” got me thinking.  (see Fry ponders leaving Twitter site )

Apparently he thinks there’s too much aggression and unkindness around….. well, dah?

Not that I’m disagreeing with the sentiment; but really; what’s he expect?

In days of yore, early last century, actors and performers in music hall famously were pelted with all sorts of rubbish if the audience were at all dissatisfied with the performance – or even if they just wanted to “have a go”.  Rotten fruit, tins, bottles, dead dogs & cats and even shit. (No-one noticed the shit as the stench was so over-powering from the great unwashed anyway, so what’s another turd gonna do?)

My point is that the great ivory tower in which performers now exist is ‘somewhat’ removed from reality (putting it mildly), and that Fry should ‘get a grip man’.  A life lived inside scripts, cosseted by studio security seems to have addled his brain.

Twitter is only a glorified chat room, now taken over by the meeja while all the plebs struggle to keep their heads above water.  I mean, why the fuck would I be interested in the latest tweet from the BBC’s “One Show” or anything else like that?  For fucks sake, I’ve just watched the show!!!

Personally I’m glad this has happened and I hope he does ditch it.  Then Twitter can sink back into the morass from which it came – called “doing a MySpace” nowadays.  Because the reality of somehow nosing in on a celebrity’s thoughts wears a bit thin after a while.  Now that the thing has been taken over by the thumbnail-fixated masses, who wants to know the minutiae of folk’s lives and what anyone thinks?

I mean, how many people do I really want to know have just gone to the shops and think Kylie is really good for her age?

Do I want to know your choice in blonde hair colouring?

It’s like listening in on texting.  And that is the pits.  The world, far from being full of aggressive & unkind people, is mostly full of boring people having normal humdrum lives.

Q. Do you want to know which tweet tipped Fry over the edge?

A. Someone said “I admire and adore” Mr Fry, but that he found his tweets “a bit… boring… (sorry Stephen)”.

Ages ago, Leo Laporte said MySpace is the new hell and I agreed.  It’s just that Twitter has added an extra dimension.

See  https://www.twit.tv/natn28 for the radio show and the actual show is:

Of course, the irony is not lost on myself that I too, am now yabbering on about nothing.

The above MP3 link has an discussion about Facebook before the system went openly public.  It’s an interesting historical document from this viewpoint. 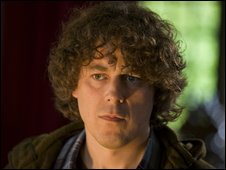 Apparently all is well with Fry and the Twittering classes.  The funniest, most ignorant comment has to have been that of Alan Davies who called the innocuous, slightly critical, but still boring comment above, “moronic”.

Remember, all the bloke said was: “I admire and adore” Mr Fry, but added that he found his tweets “a bit… boring… (sorry Stephen).”